An entry form is now available at http://www.glidinghbw.co.nz/links.html


Further information will be available closer to the event.

For any queries, please e-mail info@glidinghbw.co.nz 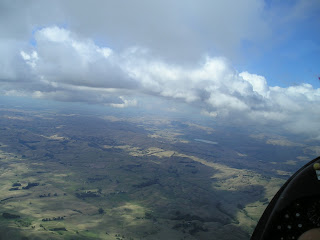 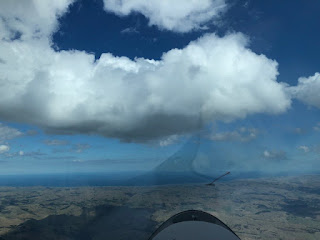 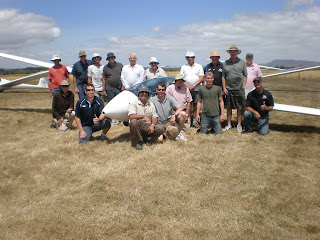 We invite you to enter the 2019 Central Districts Championships to be held at  Hood  Aerodrome from Sunday 3rd to Saturday 9th March  2019, inclusive with Saturday 2nd available as a practice day.

This year the event is being hosted by three organizations, the Masterton Soaring Club, the Wellington Gliding Club and Hood Aerodrome (Masterton District Council).  It has been several years since the CD’s have been held at Hood, and we intend to use the occasion to show off the sport to the public, and enjoy the outstanding facilities the aerodrome offers.  The Wairarapa, is well known for wave and thermal and convergences  and of course is just up the road from the new Greytown Soaring Centre.  Another huge advantage is the uncontrolled airspace.

The competition will be run out of the Wairarapa Aero Club, which is well set up with rooms, kitchen, bar and swimming pool.  Camping is available at the club and as well there are plenty of accommodation options available in the towns nearby to suit all budgets.  We will be having a couple of barbeques to welcome everyone, both at Hood and down at the Greytown Soaring Centre with its new Training Centre

We intend  keeping the same tone to the competition as it has become known for –a good fun contest with an emphasis on helping new pilots gain experience.  The Wairarapa is blessed with lots of big paddocks, and quite a few airfields.  If you have no crew, that is no problem - others will help as required.

To help with planning of towplanes, early advice of entry is much appreciated. You can save $40 on the entry fee if you enter and pay on or prior to 31st January 2018. An entry form is attached and also available on the web site  www.nzsoaringsolutions.co.nz  or  www.soar.co.nz . Further information, turnpoints etc will be available at the same sites and will be updated as time progresses.

We are hoping for a great turnout, this competition has seen a revival in the last few years.  Please encourage your friends and families and especially new pilots to come and enjoy the safe skies, large paddocks and huge smooth airfield we have here at Hood.


This year’s event was organised by Gliding Hawkes Bay & Waipukurau and held from Waipukurau Airfield. This event is run as a friendly, low key regional championships and used as a training ground for new competition pilots.

The final entry list was 22 pilots over the Open, Racing and Sports classes. The Sports class was competed in with two PW5s and a K6CR with a wide range of gliders in the Open and Racing classes. There was a good mixture of regulars and new faces for the competition period of Sunday 18th to Saturday 24th February inclusive.

John Etches kindly volunteered to act as Contest Director and scorer. Graham White was again weather man and task setter. Chief tow pilot was Neil Faulknor who flew the Lexus powered Skylux towplane being trialled by the Gliding Hawkes Bay & Waipukurau club. He was supported by Hugh de Latour in TZB, Phil Gray in the Citabria CPD and various Gliding Manawatu pilots in the Pawnee CIG.

The club secured sponsorship from Centralines (the local power lines company) along with Marisco Family Winemakers, SBS Bank and Wrightsons for daily prizes. Publicity was gained with reports and an interview on the local radio station with the local newspaper publishing the results and a photo of the winning racing class pilot and glider.

While the initial forecast for the week was not great with the possibility of a cyclone ruining the event, pilots ended up flying on the Saturday practice day along with four contest days for a total of five days flying out of eight.

Flying had some of everything with good thermals, convergences and wave on various days. Unfortunately the wave on the Wednesday was difficult to get into and short lived which made soaring a challenge. The airspace limitation of 9,500ft in the main task area dropping to lower levels to the south west and north east added to the difficulties and pilots needed to be wary of the boundaries to avoid penalties.

Mike Lennard improved from landing out to completing his first task and then repeating a task completion on the final day. Allie Thompson completed her first solo task on the last day in a Libelle.

Landouts were few and far between so the plenty of safe landout areas, including some suitable for aerotow retrieves, were barely used. Mike O’Donnell landed out at the Kowhai airstrip and also a farm airstrip and was retrieved both times by aerotow.

The Open class was dominated by Patrick Driessen with Stewart Barton and Tony van Dyk in a close tussle for second and third places. Local pilot James Foreman won the racing class over fellow Hawkes Bay pilots Jason Price and Jason Kelly. In the Sport class, reigning champion Richard Keir took an early lead but was beaten by Richard Penman on the last two days to relinquish his title.

After a good thermal day on Friday, in his jet powered JS1 Revelation, Patrick Driessen gave a demonstration of its ability with low level passes with the jet going. It was an impressive and noisy sight.

On the social side, BBQs were organised on the airfield for the Sunday, Wednesday and Friday evenings. With flying not finishing until early evenings, these were appreciated with a good variety of steaks, salads and desserts, including fresh Hawkes Bay strawberries, provided to hungry pilots under the organisation of Brian Kelly. Donated fresh Hawkes Bay apples were again popular and consumed almost as fast as delivered.

Hugh de Latour entertained with his limericks which included:

What's that noise? From whence is it coming?
Is there something amiss in the plumbing?
No - settle down, boys,
We call that "White" noise -
It's Graham - he's started his humming!

Hugh thought the wave day looked fine
To put a Gold Badge on the line.
"Today is the day
I'll do three hundred K"
But he missed it by two-ninety-nine!

Michael Cooper wasn't so bold,
He just wanted Silver, not Gold.
He got Silver all right -
Not for distance or height,
But endurance, turning 50 years old!

The birthday cake for Michael’s 50th was cut, eaten and enjoyed after the Wednesday evening BBQ.

Full details of tasks and results can be found on Soaring Spot at https://www.soaringspot.com/en_gb/central-districts-regionals-february-2018-waipukurau-2018/results

Thanks to all who helped make the event a success.

Next year’s competition is scheduled to be held from Greytown and all pilots are most welcome to join us for a fun, friendly contest.

Some photos from the event are on the previous blog post.
Posted by USA Cyclist at 19:41 No comments:

Photos from the 2018 event at Waipukurau 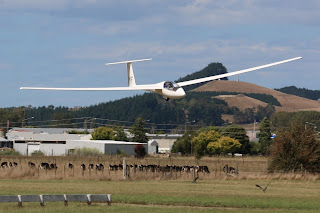 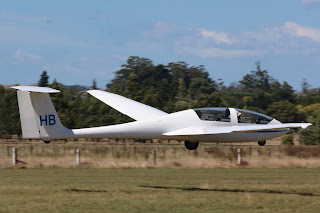 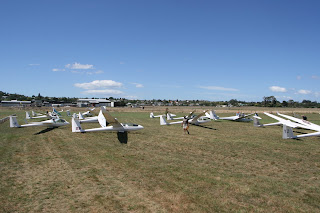 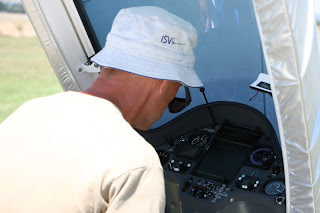 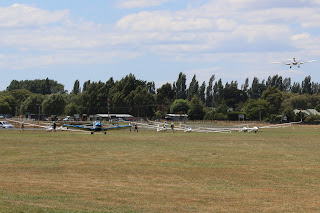 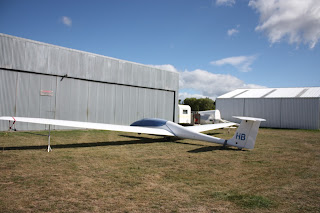 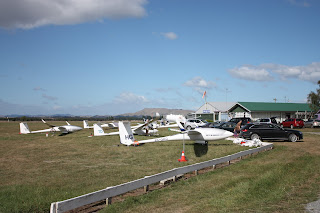 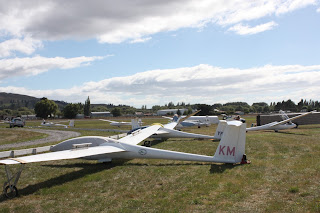 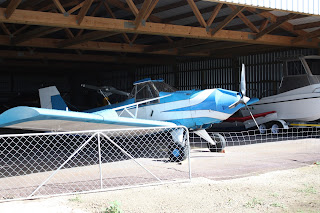 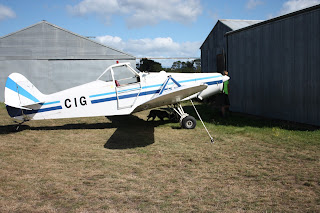 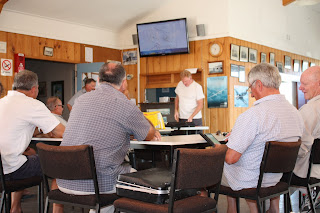 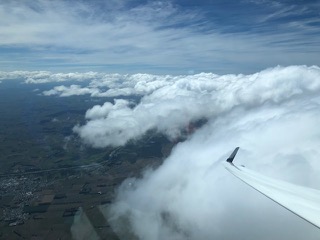 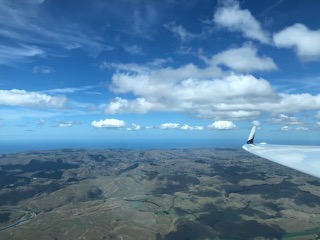 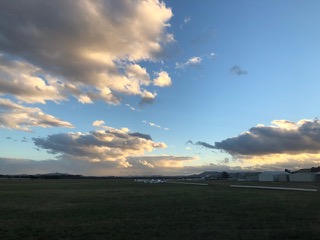 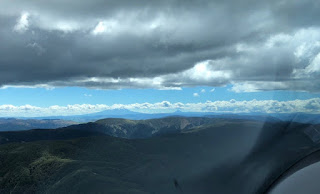 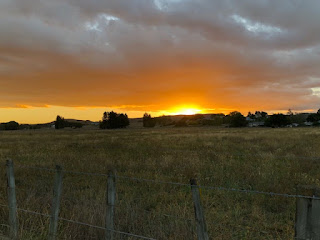 Tasks and results can be found at

The first contest day on Sunday started off with a struggle for some but thermals, convergences and wave were utilised to complete the tasks.

There was no flying on Monday due to unsuitable weather.

Tuesday morning was cloudy with strong winds forecast. This meant any thermals would be destroyed. Accordingly, there was no contest flying.

Wednesday promised a wave day but proved to be very challenging with the wave collapsing to leave thermals.

Thursday was also no flying due to unsuitable weather.

Friday and Saturday were thermal days.