While the weather for the 2014 Central Districts Competition held from the Waipukurau Airfield did not live up to its normal potential with a tropical cyclone causing most of New Zealand to be covered with up to 8/8th cloud, we did manage to get flying on four days.

Some pilots experienced wave for the first time. While this was not the classic wave we are used to in , it was sufficient to enable pilots to get a little taste of what is possible.

The contest team of director Neil Faulknor, weather man, task setter and scorer Graham White, along with the Gliding Hawkes Bay & Waipukurau club member helpers ensured the contest ran smoothly and enjoyably. Already we have had a number of pilots express interest in entering next year. At this very early stage, this is far more interest than we had at the same time last year.

For the first time we had some cash grant sponsorship from both Centralines and the HBS Bank which ensured the contest did not run at a loss. As a small club, this is important as we must target to at least breakeven. We are also grateful to Pask Winery who donated the main daily prizes of 2010 Gimblett Gravels red wine which the lucky daily winners got a thirst to win more of. Waipukurau New World also donated prizes which the contest director gave out for best distance or hard luck stories etc.

Everyone who attended the dinner on the Friday evening agreed the Leopard Hotel meal was great. This, along with the gourmet BBQs held at the airfield, ensured all were well fed. As Trev Terry advised, if you are going to put on a feed, don’t skimp and get the best steaks available and enjoy.

We humbly request all who attended the contest that if you enjoyed the contest, tell your fellow members and suggest they consider the 2015 event. If you have a gripe, don’t tell your members but tell us and allow us to make changes in 2015. We want the contest to be as enjoyable as possible and help promote soaring as a sport.

Following the contest, as is Murphy’s Law, we have had some great flying in . A copy of a photo and caption that appeared in this week’s local Hawkes Bay Today newspaper is below.

Until next time, happy and safe soaring. 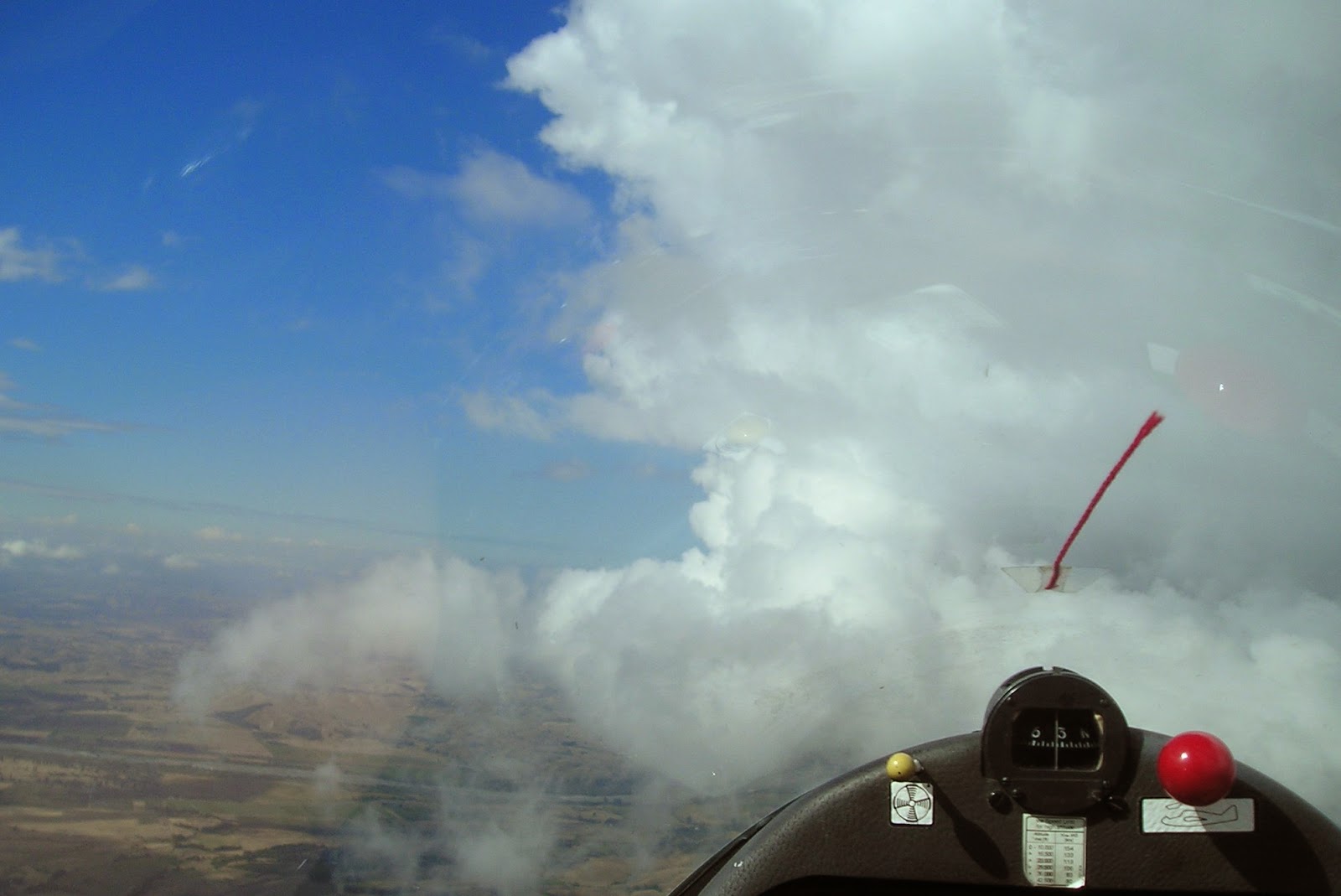 Up, up and away

Lift up: Photo taken from an 25M glider, flown by Jason and Brian Kelly, from approximately 4,500ft heading north towards . The cloud formation is a convergence caused by the sea breeze hitting the southerly wind with the rising air providing good lift. Photo sent in by Jason Kelly.