Gliding Hawkes Bay & Waipukurau hosted the Centralines 2020 Central Districts Gliding Championships from Waipukurau Airfield from the 22nd to 29th February inclusive. The aim was to have a friendly, low key contest with tasks achievable for pilots of all abilities and glider types. Local airspace is unrestricted to 9,500ft which minimised potential airspace issues.

With almost 30 entrants, even after some last minute withdrawals, word must be getting around that the event is worth attending. Task setter Graham White did an admirable job with a field ranging from a PW5 to ASH25M.

Under the aegis of John Etches the contest director, things got off to an inauspicious start with practice day seeing just a ferry flight from Bridge Pa and a local area familiarisation flight by the Auckland Duo Discus. It did, however, allow pilots to arrive and get rigged and ready. Sunday then proved to be a damp squib with no flying at all.

With the positive attitude of the contest director helping the weather, the next seven days were all soarable even though it looked unlikely on some days. Pilots enjoyed thermals, convergence and wave at various times. Mike Strathern also reported doing some ridge soaring in a Libelle.

While there were just three contest days, local, no stress, flying was possible on other days with some notable flights. On the Wednesday with local conditions dying just after the start of the contest launch, conditions looked great on and over the western ranges. Taking a long tow in the ASH25M, Graham White and Jason Kelly were joined by Tim Bromhead in his Ventus CT 17.6m to explore the western ranges area south to in sight of the windmills and northwest past Taihape at heights of over 9,000ft.

There were only a few landouts during the contest with Derek Shipley taking the prize for achieving the most. He has written a separate article about his exploits. A longer task and the weather bluing out earlier than forecast on the Friday saw the most landouts in a day.

Youth pilot Kieran Cassidy, flying a DG 101 in his first contest, impressed with his flying abilities to finish 2nd on the 3rd day and 4th overall in the racing class.

A large contingent of pilots camped on the airfield and they were well fed with club run BBQ’s on the Sunday and Wednesday nights. The final dinner was held at a local café on the Friday evening.

With a cold front approaching with predicted rain mid-afternoon, the contest was declared ended on the Saturday morning. However, as forecast, there was good, silky smooth, easy to get into wave ahead of the predicted rain which allowed climbs to 9,500ft (the local airspace limit) without problems. A number of pilots took advantage of this while most packed up and headed home after prize giving.

Results, tasks and flight files are at https://www.soaringspot.com/en_gb/central-districts-gliding-championships-feb2020-waipukurau-2020/results

The 2021 event is currently again scheduled for Waipukurau in the last week of February so mark your diaries now and we look forward to seeing you then. 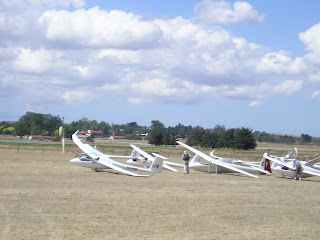 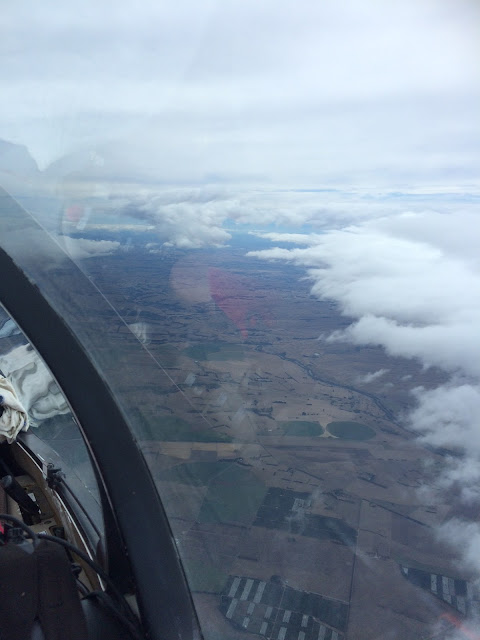