Lots of happy faces again today after another successful racing day. Launch was delayed somewhat with a wait for the temperature to rise on the ground and then the wind changed so the grid had to change ends.

All gliders were launched by 2:30pm into a largely blue sky but climbs of 3-500ft/min were there with lift topping out between 5 and 6,000ft. The PW5's had mostly blue thermals in the east with a little cloud later on  while the open could take advantage of the cloud which formed with a convergence running to the ranges in the west. At Te Aute looking to Gwavas, the next turn, the lift was marked with wispy cloud which developed more as the day progressed. Along the top of the ranges another convergence had formed which gave  a climb to 8,000ft and it was possible to run along this to south until it ran out west of Ormondville. Some pilots elected not to push in to the ranges and had slower runs as a result. Two more climbs in the convergence over the flats had pilots on final glide from Tikokino back to Waipukurau via Rakautatahi. 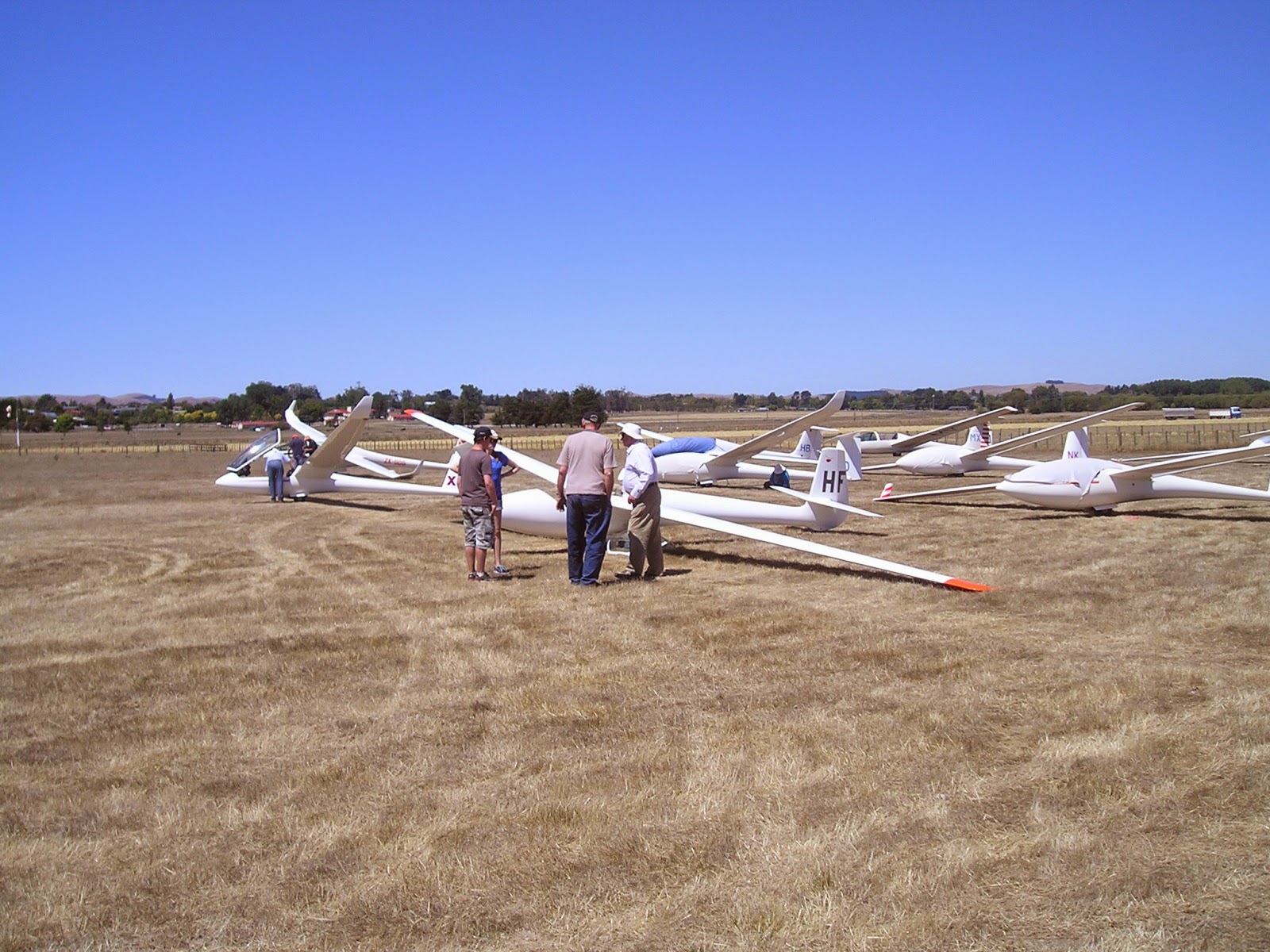